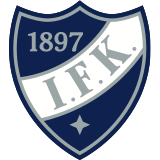 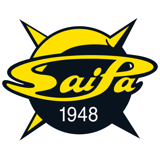 IFK home games are played in Helsinki Ice Hall, which is located in downtown Helsinki. IFK office and fan merchandise store are also located at the arena.

The capacity of the Helsinki Ice Hall is 8 200 in hockey games. At the arena there are 19 suites, four club restaurants and several bars and concession stands.

Tickets to IFK home games are sold by Ticketmaster. You can purchase tickets in advance at Ticketmaster website. https://www.ticketmaster.fi/artist/hifk-lippuja/90363?language=en-us

IFK is the oldest active hockey team in Helsinki area. The Club played its first hockey game in 1929, but in those days the main sport for the club was bandy. After the year 1947 the popularity of ice hockey started to increase and in 1949 IFK started playing in the newly founded Finnish League. Since then IFK has played top tier hockey for almost six decades.

The Club has won seven Finnish Championships, the latest one coming in 2011. In addition the Club has been runner-up four times and had nine third place finishes.